We're currently in Beta! Help us improve the Equinix Community by sharing your feedback

Turn on suggestions
Auto-suggest helps you quickly narrow down your search results by suggesting possible matches as you type.
Showing results for
Search instead for
Did you mean:

October 4th, 1957. The Soviet Union launches Sputnik into orbit, and with it, a perilous escalation in the Cold War. The Defense Advanced Research Projects Agency is formed with a mandate to keep our military and technological assets ahead of the Soviets. From his tiny office in a corner of the Pentagon, one engineer not only recognizes the need to rely on more powerful computers to win this conflict, but that these computers must somehow find a way to “talk” to one another.

In the first episode of Traceroute, we look at how the need for interconnection shaped the fundamental building blocks of what would become the internet. From ARPANET to the Telecommunications Act of 1996, what started as a military exercise grew to reflect society’s basic need to feel and stay connected. And with that growth came an unprecedented need for hardware solutions that had never been thought of before. With insights from Jay Adelson, Sarah Weinberger, John Morris, and Peter Van Camp, we’ll look at the social, political, and technological forces that started the internet.

The podcast is so interesting, thanks for sharing! 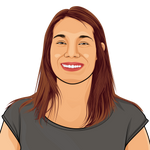 Equinix is the world's digital infrastructure company. Digital leaders harness our trusted platform to bring together and interconnect the foundational infrastructure that powers their success. We enable our customers to access all the right places, partners and possibilities they need to accelerate advantage.